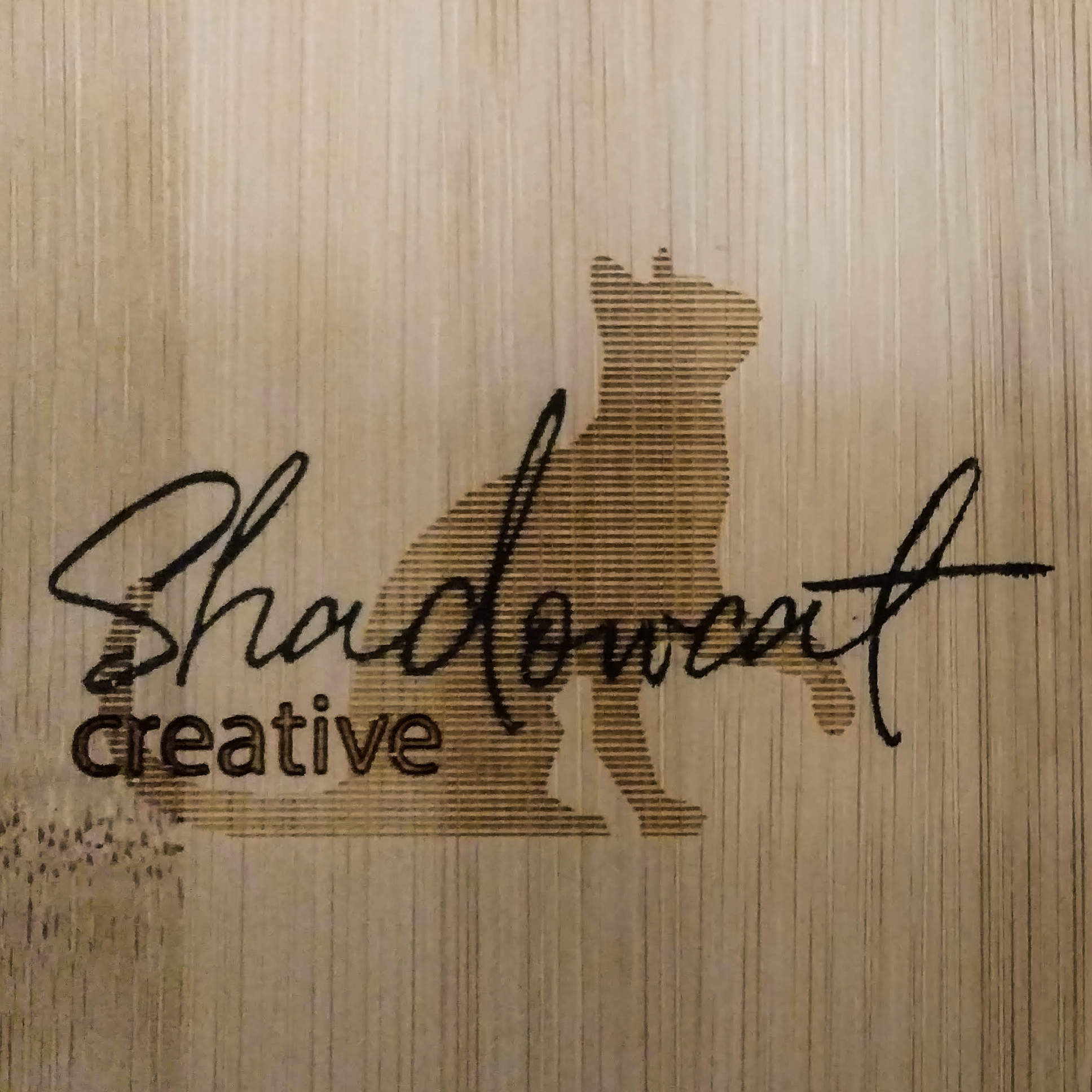 Before Christmas I was contacted by a friend and former colleague of mine. We worked together a few years ago, but she has since gone on to create her own wonderful design company Shadowcat Creative.

She asked me if I could create some coasters, using her logo, that she could give to her clients as Chritsmas gifts. I, of course, jumped at the opportunity.

This was the first time I have used someone else's design to create an engraving. As I've covered in a previous post there is a technique to creating images for laser engraving. This is something I take into account when creating designs. Using another persons logo is a completely new challenge, and one I relished.

As you can see from this image, Tammi's logo (and it's variants) is comprised of three main parts. The faint, lined cat image in the background. The blue text for 'Creative' and the black, brushed font used for 'Shadowcat'. This posed a challenge to me, as, I can only create engraved wood, or untouched wood. This meant I had to think about how to represent the fantastic logo in a way that was true to the Shadowcat brand, but also sympathetic to the process and materials used when laser engraving.

The solution I used was a process I had not done before. It involved creating several layers to engrave. The first was the lined cat and the 'Creative' text. This was burned first. The cat as a simple 'raster' engraving and the 'Creative' text as both raster engraving, but also with a scored outline (to help it stand out). This, then, meant I had to do something else with the 'Shadowcat' text to make it stand out further. I used a second layer that had contained 'Shadowcat', but I only engraved this after I had covered the (already engraved) coasters with more masking tape. This meant I could then fill the engraved 'Shadowcat' text with paint (black, of course) to create that third look that was required and make the brand name really stand out!

It was a fun thing to do and nice to collaborate creatively with a like-minded designer. It's also given me another technique to try out in future.

I want to thank Tammi of Shadowcat Creative for this commission. If you need some lovely creative design, or just want to check out some lovely things visit: www.shadowcatcreative.co.uk and make sure to follow Tammi on Facebook and Instagram.